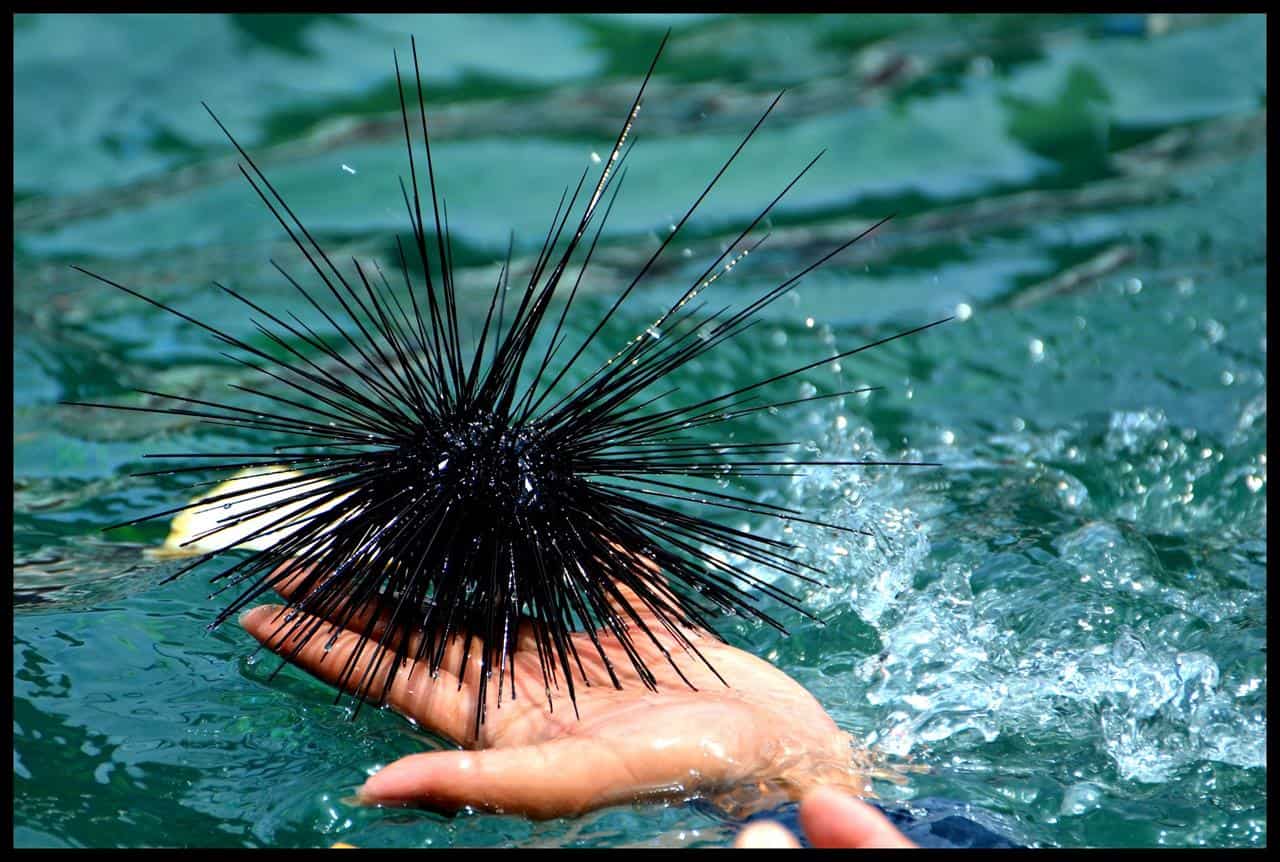 The dangers of surfing: Sea creatures

Before taking our surfboards and getting into the waves we have to be aware of the peculiarities of the place where we are. There are lots of dangers in the sea for careless surfers, so from your surf school in Morocco Blue Waves, we teach you how to avoid them.

We can’t forget that we’re guests on the water and on the coasts, we get there to enjoy surfing but the dangers of the sea can take us to live a hard time if we haven’t learn to surf before. Knowing how to surf is more than grabbing the board and staying in balance, surfing is to know the environment well and respect it.

In our surf school we show you some of the most common sea creatures we have to protect ourselves from.

Most sea anemones are harmless to humans, but there are some that contain toxic substances. They are found under rocks and corals, and have numerous needles. Sea cucumbers also seem harmless to our touch, but the fluid that some expel when irritated, contains a toxin that can even cause blindness if it comes in contact with the eyes or skin.

They are also known as fire corals. They have a hard skeleton that varies in shape, although they usually have large erect leaves and branching leaves, they’re usually green and brown color. You have to be careful not to break your board, but in addition the effects of the contact are similar to those of jellyfish stings.

It’s important to avoid the sharp black spines of the sea urchin. They can penetrate deeply into the skin and rupture causing a large inflammation of long duration, often requiring a surgical intervention. Poison is also a risk factor to keep in mind with them.

Although these are some of the most common dangers, there are still some risks that you should know before getting into the water. Come to our surf house, or join our surf camp and you will know everything you need to know to practice surfing safely!